This column first appeared in the October 2016 issue of GreeneSPEAK!

The Greene County Log Courthouse at 144 East Greene Street is the only original log courthouse on its original site in Pennsylvania, and possibly the nation. It is also the oldest building in Waynesburg, having been constructed weeks after the founding of the town and county in November 1796.

Today, the Log Courthouse is Greene County’s #1 Tourist Attraction. Visitors come from all over to view the building and search for ancestors in the extensive genealogical library attached to it. The dedicated volunteers of Cornerstone Genealogical Society keep the library open six days a week and host monthly lectures on local history. 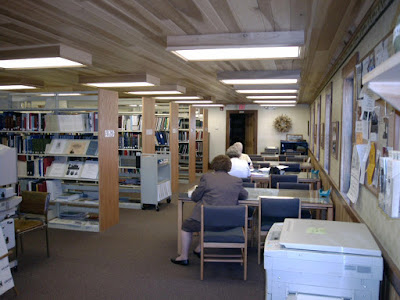 Greene County was an important crossroads in the development of the American Midwest because of its position on the Monongahela River. Beginning even before the end of the Revolutionary War, pioneers boarded barges in Greene County to float down-river to Pittsburgh where they joined the great Ohio-Mississippi River system, some traveling as far as New Orleans. Because of this migration, millions of Americans today have ancestral ties to Greene County, making Cornerstone Genealogical Society and the Log Courthouse important community assets.

In early 1797, the Log Courthouse was hastily constructed to accommodate official functions while a more permanent--and elegant--brick courthouse was erected on the Public Square on High Street. Ironically, that first brick courthouse lasted only 50 years while the “temporary” log structure is still going strong.


Greene County’s first Sheriff, James Hook, purchased the lot and hired builders George Graham and George Ullom (one of my ancestors). The Log Courthouse faced the only street in existence at that time, an old Indian trail re-named Greene Street. Within three months, it was complete and court sessions were being held on the second floor. The building featured a double-story front porch with exterior staircase leading to the courtroom. Other county business was conducted in two rooms on the first floor, heated by a double “turkey breast” fireplace.


By 1800, the Log Courthouse had become a private residence, a use that continued into the mid-20th century. However, its original identity was remembered, at least in deeds. As early as 1809, a deed referred to it as “that certain house commonly called the Old Court House.” The building’s appearance changed in the 1820s when wood siding covered the logs. In 1855, the first floor was converted to commercial use when a steam carding machine was installed. Subsequent commercial uses included carpentry, tailoring, remodeling supplies and furniture stripping.


Two large albums at Cornerstone Genealogical Society detail a 24-year effort to save the building. The first impetus came in 1978 from Judge Glenn R. Toothman Jr., followed in the 1990s by Terry Cole, Dave Lesako and the Greene County Historical Society. In 2000, the County of Greene assumed ownership, financing a complete re-build of the historic building and the addition of a modern library at the rear, designed by Ellis Schmidlapp of Landmarks Design Associates, Pittsburgh.

Posted by Mary Beth Pastorius at 9:46 AM No comments: